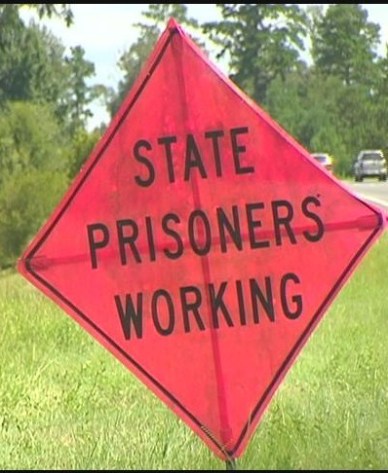 In a time when schools keep closing down and prisons keep opening up, we are having less children born to fill our schools and more criminals going to prison, where will that leave the employable population in the next 50 years?

The Bible has an old phrase “all sin is equal” which sound ridiculous, however the meaning is simply this each crime comes with the same results “prison” it’s only the amount of time you spend in prison that changes.

You’ll often find that a financial crime comes with longer prison sentences than violent crimes.  So, what of an ex cons criminal record?  Should it be important to us in the employment sector?

Many years ago when society shared many of the same morals and someone had a criminal record it was fair to say that a criminal was clearly a “different” type of member of our community and there were many other “good” members of our society looking for work.  But what about in the coming years ahead?

Times have changed, someone that comes out of prison now is on a completely different playing field, society has changed and their crimes are often truly errors, momentary lapses in their personal morality or a normal part of their society and besides there are less people to choose from in the employment pool.

Can a person’s crime be a valid addition to a CV?  Think about it logically a drug dealer is in sales, a financial criminal could be perhaps gifted with numbers, a hacker a PC expert.  If you think this is just crazy talk just think the government does it, the secret services often employs hackers for their own service once one has been caught.

There is another line of thought, a criminal is only a person that has been caught for their crimes.  There are so many laws in most civilized societies now that the chances are we are all law breakers that just weren’t caught for our crimes, whether it be speeding or steeling from work, to sharing an opinion in your home considered “inciting hate”, there are so many we either don’t know or break knowingly.

So are we all just criminals that haven’t paid our debt to society?  We are lead to believe that our politicians and big businesses are corrupt, yet very few ever end up in prison, in fact laws are changing so often, what was once a crime isn’t any longer giving old crimes new legitimacy.  There are people in prison right now that had they committed their crime 2 years later they wouldn’t be a criminal or have a criminal record. .  What of old legal rights such as racism which is now illegal, that means anyone that was racist during the years where it was acceptable, nay normal, in society every one of those people would now be criminals.

So, if society can all be criminals and repeat criminals at that ie. speeding etc. yet just don’t have a criminal record should we be able to be prejudice against those that do?

There are many social reasons for peoples crimes many of which perhaps arguably could have been avoided with the simple addition of a job or sense of purpose in society.  Many drug dealers say they only deal to provide for their family and it’s “normal” in “their” environment.

So law breaking becomes a wider social issue, a law for middle England suburbs like drug dealing is frowned upon however for inner city areas of high unemployment rates drug dealing isn’t considered as anti social in fact quite the opposite, or their wouldn’t be so many kids aspiring to become one.

So each case is individual and each person an individual who’s upbringing and social values can differ and likewise his or her employment skills also differ.  A “good” criminal might also show signs of a good employee, by “good” criminal I simply mean someone that perhaps built a criminal empire or business rather than one that remained with petty crimes.  If they had the skills to turn their crimes into a successful business (although illegal) imagine what they may be able to do with a legitimate business?

As for me I will consider each CV before me and if someone declares a criminal record on their application I would want to see that part of the CV with great interest I would have many work related questions at the interview stage for that individual regarding their skills surrounding their crime.

Rehabilitation is a wonderful thing but a sense of purpose is even greater, it is in the hands of employers to help with that.

Remember “The chances are that we are all criminals by the judgment of the laws but most of society just hasn’t been caught, so don’t easily misjudge a criminal record.”